Your Sources of Information Suck

What a time to be alive.

The internet is a brilliant thing. It has opened up so much information to us and all held at the tips of our fingers, to gorge on whatever and whenever we please. It has also opened up the world to a lot of terrible information and people with an agenda behind the delivery of information too.

When it comes to the world of fitness, I’m not sure anything has been confused as much as nutrition has when it comes to the information that gets put out there. Blurred lines between who is a professional and truly understands nutrition science and research vs. people who want to sell something (be that a newspaper, documentary or product) and back it up by cherry picking research have made things harder to understand for those who cannot distill the onslaught of information coming at us on a daily basis.

And no wonder! I’ve worked in this business for years and it even confuses me sometimes. What I would like to do here is hopefully provide some clarity on how to approach the sources of information you learn about nutrition through and perhaps a better way of going about it. It’s less of a checklist of ‘here is what to look for in nutrition information’ and more of an opinion of why we should be skeptical and how we can develop a bullsh*t filter when it comes to reading/watching/digesting information.

Despite the world wide web having its fair share of spiders, there are some wonderful, intelligent and caring people out there who are putting out some brilliant educational content with a proper and considered scientific backing to it.

My aim here is to allow you to see that just because an expert on the news says something, it doesn’t need to be taken as an absolute and if anything it shouldn’t be. The world of science turns on conversation, debate and skepticism to drive it forward and distill the ‘definitely’ from the ‘maybe’. If we lose sensible conversation and turn to extremes, nobody gains anything out of it. Personally (and I’m sure most of the fitness professionals I know would agree), I would much rather be questioned and have to provide some evidence and a basis of thought behind what I’m saying. 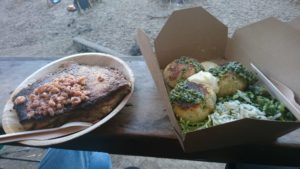 Netflix is great to watch tv and movies….but it is f**king up your understanding of nutrition and food science.

There is so much good t.v. on Netflix. But in my opinion that does not include any of the documentaries on food….Sorry Netflix.

My gripe with how it’s all been done is the fact that these shows are made to primarily do one thing and that is SELL. We have to remember that the shows on there are on for a reason and it’s something we should be very skeptical about. Big flashy titles make very bold claims, polarising statements and arguments that get people fired up. The more attention it grabs, the better it sells, whether the information is sound or not.

There’s a lot of expertise and research that appears in these, but the thing that concerns me with it all is how it is presented and put across. More often than not the statements made are very definite and certain, which can lead us to believe these people are definitely right. I’ll give an example here that I think is a pretty dangerous way of thinking.

A quote from one of the documentaries: “cancer cells feed on glucose, so eliminate glucose and you stop feeding cancer”. Now, if it were as simple as that there probably wouldn’t be as much money being spent on cancer research each year. Cancer is a complex disease, and even a little bit of further reading will show you it’s really not that simple. (this is definitely not my area of expertise, but I did do some further reading and speak to some consultants who have dealt with this professionally for a long time!)

Although there is research featured in these documentaries, what they have missed out is the other part of the sentence: “backed by research and experts…..cherry picked to prove our argument right”. Sure, Keto might work for some people, but there is absolutely no mention of any of the health benefits of carbohydrate rich foods like legumes, grains and fruits which also contribute to greater health markers. So we have to ask then, is it really the magic pill they are suggesting? Or just a ploy to grab attention and watchers?

We have to be skeptical about where the information is coming from. One of the things that made me laugh was a part of one of the documentaries where big sugar companies were mentioned when it came to research on sugar. The irony of the whole thing is that this was produced by a man who preaches the Paleo and Keto diet on an almost religious level and has also had the Australian Medical Association on his back for his downright dangerous claims about food (he published a recipe that was potentially fatal for infants- a bone broth instead of milk that had 10x the amount of Vitamin A safe for infants).

Here’s an interesting counter argument on that. There was an ISSN position stand paper published in 2018 which stated that there was no difference between high carbohydrate and high fat diets on body composition, provided protein and calories were accounted for. Now for 2 people who are overweight, the outcome of losing body fat will more than likely have a positive impact on health markers whether that involves more sugar or not. We need to see past the dramatic titles and remember that we are all individuals who’s health encompasses so much more that a restrictive fad diet.

What this all points back to is the fact that big, bold, polarising statements SELL FOR MONEY. The principles behind change, adherence to a diet that works for you and the fact that health is more than a strict diet and actually encompasses many aspects of life…doesn’t sell as well because it just isn’t that sexy.

I think it is great that more information is available and that we are talking about the subject of food and health so much more, but I certainly wouldn’t be recommending any of my clients to watch these for educating themselves. There tends to be a heavy bias, some of the claims outright false, cherry picked research which backs up an argument that is held by the producers and in the case of some of them also outright dangerous. One thing I will say is that there is some value in how they open up conversation, but that is only provided that conversation is both rational and sensible. 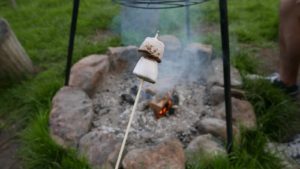 Magazines and Newspapers  are much the same.

It has been going on for decades with magazines and newspapers. Again, it really comes down to the simple fact that companies want to SELL COPIES and care about information and how it could be coming across secondary. If playing on an insecurity or worry about weight and health will sell copies do you really think a popular magazine or paper would think twice?

Now, I’m fully aware that more and more companies are using experts who know their stuff. That’s brilliant and I do think it is getting better than it used to be. But if I had a pound for every magazine cover that promised unrealistic results, I would probably be writing this from a yacht off the coast of Bali and not in a kitchen in Newcastle with a wet dog at my feet!

I wrote an article for quite a big magazine a while back as part of some promotion I was helping out with at the time for the gym I worked at. To start with, I thought it would be really cool and a big achievement to have my name in a big magazine. But by the time I’d finished writing it, my view had completely changed.

I had back and forth with editors about them wanting a ‘fat loss workout’. I then explained there was no such thing and actually that could lead people to believe in something that wasn’t the whole truth but only a small part of it. The response I got was that they wanted a ‘fat loss workout’.

There was a clear disconnect between what I was trying to show in the article, which was actually about strength training and nothing at all to do with fat loss. If I had been asked to write an article on fat loss I’d have written it about nutrition. In the world of selling copies for money, principles of science and change come second to the things that sound cool and sexy.

Can social media be the saving grace?

Social Media can be really hit and miss, but in reality this is the saving grace of it all because there are some genuinely brilliant minds and wonderful people amongst the detritus of the fitness industry.

You have to look at Social Media in the same way that you look at Magazines, Documentaries and Newspapers and ask ‘why is this information being put out here’. If someone is so vehemently putting a point across about 1 method being THE WAY, in an almost….I’m going to say it….cult like fashion (teehee)….tread carefully. Principles govern change but methods simply allow you to put the principles into practice.

The reason I like how information works on social media is because we can, to an extent, filter what we see. What we all have to strive towards is developing a filter for what is bullsh*t and what is genuine.

To finish, a not exhaustive list of fantastic sources of information where you can learn more about nutrition without being mislead by those who are selling sexy, trying to be polarising or playing on insecurities and fears to get their point across. These are all people I have a lot of respect for and have followed for a long time both before and through my PT career so far:

Pioneer Performance- and any of the coaches there 😉

I really don’t want this to come off as me slagging off the health fitness industry as I do genuinely believe that things are getting better, clearer and more honest. Thankfully, people like the above mentioned are working hard to make this world a healthier, fitter and happier place…rather than just draining bank accounts.

Skepticism is something that is very worth practicing when it comes to ‘mainstream’ (cringe, I’m so hipster and underground, lol!) sources of information. We must have in the front of our minds, why the information is being put there in the first place and endeavour to question what seems too good to be true.

I completely understand these titles and statements we see are attractive, because we are human and as such we like simple answers to complex questions. But the truth isn’t as simple as ‘do this diet and you will live forever’. For the same reason following a low carb diet is awesome for one person, it may be terrible for another.

“We have to start looking at health as a bigger picture, more wholesome and encompassing thing than just eliminating or including certain foods or food groups.”