Overcomplicating the f**k out of training

People love to over-complicate the f**k out of training.

We’ve all seen it.

Hell I’m completely guilty of this too, but it’s getting WAY out of hand these days.

Thanks to the ever expanding population of fitness ‘influencers’ (when did this even become a thing by the way?!) we’re bombarded with ever more *ahem* interesting ways of training. By interesting I mean ridiculous by the way.

Now, don’t get me wrong…I think enjoying exercise in some way is a really important part of sticking to it long term. But that doesn’t mean you need to be doing kettle bell pistol squats balanced on top of your mate. Enjoyment could also come as part of joining a community of people also looking to improve their life through fitness, sticking to a plan and actually getting results rather than piss your time up against the wall doing fanciful nothingness or the ability to do the stuff you want to outside of the gym because of the 3 or 4 hours you make for going to the gym each week.

I get it, it’s fun to try new things in the gym. I love a new exercise as much as the next person. But what I love even more, and I’m pretty sure most people would be with me on this one, is seeing progress and actually getting better/stronger/fitter/improving at something. 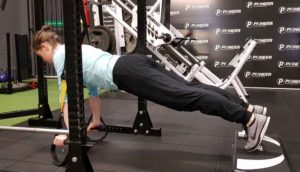 The thing that made me post this was a video of someone’s warm up for a bench press that was about 15 exercises long and so complex I became lost as to why they were doing any of it in the first place. Now for me the best warm up for any exercise is the exercise itself done at a lighter weight following a focused, full body warm up, that actually gets you warm and doesn’t just tickle your ego with Instagram likes (ooh burn.)

There is more and more noise out there, which makes distilling what is worthwhile and what’s just junk harder and harder. Personally, I think there is a lot of value in social media in engaging with each other and the ability to spread good quality, useful information. I am genuinely grateful for the fact that I have been surrounded by colleagues and friends in fitness who talk sense and genuinely care about the people in front of them.

Unfortunately though, because its free (which is also great) it means that anyone regardless of qualification or experience can spout utter nonsense and influence behaviours based off the fact that they have a decent rig or a nice bum and 100k followers.

The way I see it, the simpler things are to follow and the more effort you can put into something, the better a result you’ll get out of it. To me that means training sessions that have a point, something meaningful that contributes towards the goals and aspirations you have and how they fit into your life.

That may well be to actually just get in the gym, get moving and improve your health for 2-3 hours per week. And you know what, that’s awesome and I really think that’s something that is under-celebrated these days with the rise of all the insane feats of strength and fitness on the internet. But you still don’t need to be doing the most complex exercises out there. Sure, change it up every now and again to keep it interesting if all you want to do is move about. Add in a new exercise at the end of the session to just try it out. But I guarantee you would surprise yourself with how much progress you can make from doing some basic things really well.

The reason I get so frustrated by things like this is because I spun my wheels for years on end, trying out the most complicated things just because people in wicked shape said it would deliver what they had. I was completely sold as soon as the words came out of their mouths, because of the way they looked. So I know the feeling of feeling let down by something that was promised to deliver the goods.

I do think there is something to be said for walking the walk, but just because you’ve got a set of abs doesn’t mean you’re the fountain of all knowledge. We should be considerate about where we get our information from and think critically about why the information is there in the first place. 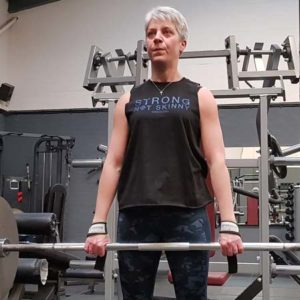 I do think there are some things that apply across the board for anyone wanting to make the most out of training:

Warm ups- make sure you are actually warm and cover a variety of movements first. A circuit with a squat, hinge, plank, pull apart with a band and a lunge would do fine. Once you’ve done a few rounds and your heart rate is warm, do a set with an empty bar/light dumbbells/weight. Then do a slightly heavier one. Then another. Then get into your working sets. That’s it. No more than 5 exercises and 10-15 minutes and you’re already doing your first working set.

Cover your bases in the week: squat, hinge, push, pull, lunge, carry, brace. Now, a few of you might not know how exercises would fit in there so here’s an example. Goblet Squat, Romanian Deadlift, Incline Dumbbell Press, Seated Row, Split Squat, Dumbbell Carry, Plank Hold. Do these movements twice a week and split it up however you see fit: full body, upper/lower, push/pull/legs, squat/bench/deadlift etc.

It doesn’t need to be complex to work. You can get away with a linear progression for a while. E.g do 3×10 until you can’t add any more weight on the bar and it stalls for 2 weeks, then do 3×8, then 3×6, then 3×5, then 3×4. This isn’t the time or place to go into the nuances of organising training, but it is something I will cover in the future.

If you are confused, ask someone advice on how to progress. In person or in the gym. If they say they can’t offer advice unless you pay them, tell you that you need supplements or a meal plan that’s fish and rice cakes they probably aren’t worth the time, provided you aren’t asking for a training plan for free…personal trainers and coaches have bills and mortgages to pay too you know ;). On a serious note, there is nothing wrong with asking for help. It’s a minefield out there at the best of times and it’s completely understandable that you would be confused. Asking someone with experience can at least clear some things up for you so you can get moving.

Know the outcome you want from training. This might seem over simplified, but so many people have absolutely no idea why they are doing what they are doing. Once you have the outcome in mind, pursue that alone. You’ll likely need months and not weeks to get there, so give it time and once you’re satisfied you can re-evaluate what you want to do next.

Although this all stemmed from having a bit of a rant with a few friends, I do think there is a lot of value in trying to cut through the noise of ‘fitness influencers’. I also think there are some people with pretty high profiles doing some brilliant work to help people out there. It’s just unfortunate that there are also a lot of people out there to make a quick buck off someone who hasn’t got much experience. So next time when you see something that seems too good to be true, ask yourself the question…it probably is.